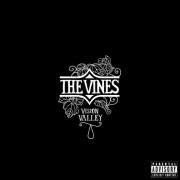 To the surprise of everyone who knows anything about The Vines, Craig Nicholls & co. are back with their third major label release, “Vision Valley”. In November 2004, Nicholls was formally diagnosed with Asperger’s Syndrome, a form of autism that essentially explained a lot of Nicholls’ much-reported erratic and violent behaviour whilst on tour and such. With this diagnosis, it seemed as if there wasn’t much hope for The Vines. Alas, Vision Valley has proved otherwise. As an album, Vision Valley isn’t much of a departure from The Vines’ two previous albums, 2002’s Highly Evolved and 2004’s Winning Days. That being said, the 13 songs presented on The Vines’ latest effort are commendable rock songs which are sure to satisfy both old and new listeners.

The biggest oddity where Vision Valley is concerned is that, with the exception of the final track “Spaceship”, every song clocks in at under 3 minutes long. The songs are short and to the point which, while not being a bad thing, unfortunately leaves very little room for the listener to actually connect with any given song. Take, for example, the first track “Anysound”. A Nirvana-esque guitar freak out that has Nicholls singing about looking for light and feeling dead, “Anysound” reminds you that The Vines are still… well, The Vines, and that Nicholls’ diagnosis has changed nothing, at least in terms of him sounding positively nuts. “Nothin’s Comin”, the next tune, sounds almost like a continuation of its predecessor – though it’s by no means boring, it does become slightly redundant and when it ends, you’re grateful for the breath of fresh air that is the next song, “Candy Daze”. It’s a bit reminiscent of the Beach Boys, the Beatles… an amalgamation of jangly 60’s pop if you will. Nicholls’ voice sounds absolutely lovely on this one.

The title track, “Vision Valley”, is in my opinion perhaps the best tune on the entire disc. It’s slightly down-tempo, very, very pretty, and extremely memorable. The lyrical prowess of The Vines still leaves something to be desired here but, that aside, it’s one of the best moments on the album. On the opposite end of things, “Don’t Listen to the Radio”, the first single off Vision Valley, sounds like generic Vines material. I can’t seem to figure out what’s remotely interesting about this song, and I feel as though The Vines would have been much better off to have chosen a better lead single. It’s just… meh.

I can find no better word to describe “Gross Out” than annoying. When Nicholls starts screaming “C’moon noww let me feel the gross ouuuttt!”, I tend to skip to the next song, “Take Me Back”, which is a pretty little ballad about melancholy and losing one’s youth. It’s nothing spectacular, but it’s nice. And “Going Gone” and “Fuk Yeh” are, simply put, highly forgettable. Then comes “Futuretarded”. It’s ridiculous and energetic and hilarious and very tongue-in-cheek. I like it a lot, and wish The Vines had focused more on this sort of material for Vision Valley.

“Dope Train” is a bit stupid. Although the guitars are nice and the vocals are alright, there’s nothing about the song that makes one want to listen again. And the same goes for “Atmos”. However, the closing track “Spaceship” redeems The Vines for the previous two tracks. “Spaceship” is a bit epic, and when Nicholls sings “I got a spaceship in the yard, we’re only fourteen years apart/Or am I lost behind the stream? Tattoo my hands, tattoo my feet” you might not have a clue what he’s rambling about, but you somehow feel it nonetheless.

Vision Valley could be better, but it’s still quite an enjoyable listen. For a Vines fan, it won’t be anything shocking or new, but chances are it’ll be played many, many times. And for a new listener, Vision Valley could prove to be a great introduction to the band. Above all else, the fact that this album was even released is an accomplishment in itself for The Vines. It being as good as it is only betters things. Congrats Vines!  [ END ]