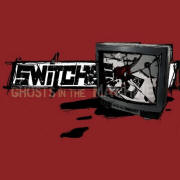 Metal is a genre which is growing day by day, and Switched is a kick ass addition to it. They are a Nu Metal band that was formed in Cleveland, Ohio with frontman Mark Hunter, now of Chimaira. Mark left Switched and formed his own band, and the band split apart for some time. Once they reformed, Mark helped them out, and introduced them to Thom Hazaert, and got the ball rolling.

The album, Ghosts in the Machine, is a double disc collection, with disc one being the actual album, and disc two being b-sides, rarities, demos, and live recordings. One of the first things I thought of when I first heard the album was one word – amazing. The band uses heavy guitars, with a mix of melodic instrumentals, singing, and sometimes screaming. Ben Shigel has an excellent voice, and knows how to scream! I really like the CD case and cover to this album – the cover art is amazing. Mylkhead deserves thanks! When I opened up the cover, I laughed my ass off because Bradley Kochmit, on guitar, is wearing a shirt that says “Fuck Music”. I got a kick out of it.

Now for disc one. Disc one is the actual album itself. With melodic instrumentals and vocals, to heavy distortion and screams, this five piece band can really catch a listener’s attention. A lot of Switched’s songs have a very slow and melodic feel about them during the choruses and verses, but when the bridges kicks in, you might wanna turn it down a little bit. Ben’s voice really flows well with all of the songs, and gives them some amazing attributes. Compared to some other Nu Metal bands such as Limp Bizkit, this band sores over top in terms of lyrics, music, and singing tone. I was blown away.

The third song on the album is “Empty Promises”. The song starts out with no distortion, and a light sounding guitar riff. The singer once again adds a melodic sound to the song. Once the distortion kicks in, the song really takes off and it only picks up more once Ben adds his lyrics into the mix. It just turns you over inside listening to it. Ben definitely sings from the heart. I was really surprised at the song when the bridge turned out to be pretty heavy… it put a smile on my face.

If you like it when Chevelle adds some heaviness to the mix, then this song is for you. “Shattered” opens up nice and loud to get your head nodding. Once Ben starts singing, the volume is turned down a little bit, but is still really catchy, and can easily be sung along with. I really enjoyed the chorus especially, how it was fairly heavy, and had a bit of yelling, accompanied by Ben’s melodic voice. The song is pure emotion, and should get the respect it deserves from any listener. As far as I’m concerned, disc one kicks ass man.

A lot of tracks on disc two are demos, and live recordings. Some of which are found on their first album, Subject to Change. I think the extra disc with the demos and live shots was a wicked addition, and I’m glad they did it. I hope the next album is a double disc just like this one. By the way, Spread has a couple lines that are really… uhhh… ‘sexual’.

After listening to this album, I think Ghosts in the Machine gets a well deserved 8.2/10. With the flowing energy that Switched possesses, I can’t wait for the next album.  [ END ]