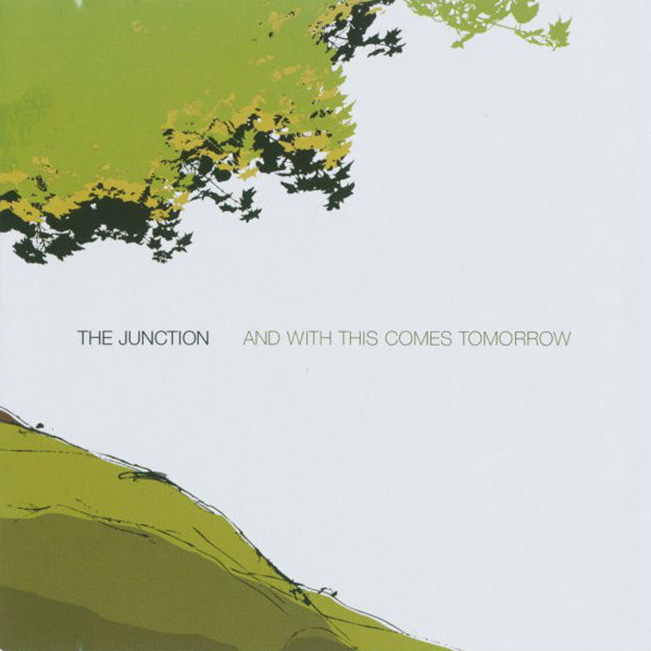 The Junction – “And With This Comes Tomorrow” [Album Review]

When I heard The Junction’s And With This Comes Tomorrow, my first thought was “Wow, man. This is definitely NOT PureGrainAudio material.” Not by any standard definition anyway. The site is generally geared towards heavier music, and The Junction doesn’t seem to have anything in common with any of the other bands we feature on the website, except for one thing – the love of music. The guitar is much softer and the lyrics much “poppier.” No anger, no screaming… it’s like a Care Bears episode, minus Shreek and that weird purple dude she hung around with. I think his name was Beastly. (What was he, anyway?) Basically, this album is a sort of folky/emotional/pop musical number with cute piano intros, poetic lyrics and beautiful harmonies. Like I said, not very PureGrain, right?

That’s not to say the CD doesn’t have its merits. In fact, it has been in my CD player/alarm clock since I bought it, and every morning I wake up to “(We Come) In Components of Four” with a smile on my face and a bounce in my step. That song in particular is very upbeat and positive, which is a strangely pleasant change from the heavier, darker music I usually find myself drawn towards.

And With This Comes Tomorrow, to me, is a metaphor for every relationship I have ever been in. In the beginning, the album is bubbly and colourful. The future is bright, like it is in the beginning of any new relationship. Then, through “Be/Cause” and the untitled track, the listener gets the message that perfection is an illusion. The relationship, like so many before it, is left in shambles. The untitled track is one that I could only describe as Musical Desperation. It is memories and it is pain and it is the confusion that we all feel when we lose something we once loved so much. It is mass confusion, and yet at the same time, it just makes so much sense. The final track on the album, “And With This Comes Tomorrow”, carries the listener through the depression that follows the break-up and leaves them feeling like everything will be okay – as sure as the sun sets, it will rise again. Unrealistically optimistic? Maybe. But this album makes it all seem possible.

All in all, The Junction’s And With This Comes Tomorrow has a sound that is totally unto itself. While the band is probably not one that PureGrainAudio readers would normally listen to, they definitely have the potential to be something great. The band is currently working on a new album, and if I were you, I’d be keeping an ear out for these guys in the future. I know I will be.