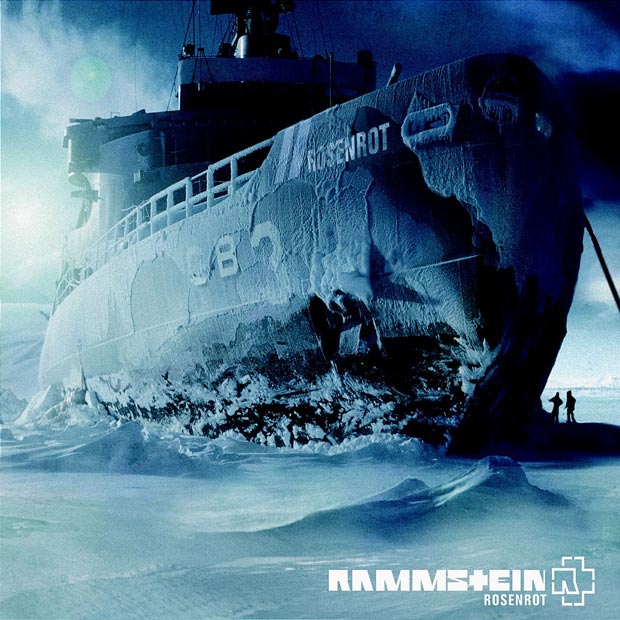 Rosenrot in my opinion is the best release from German Metal band Rammstein. This offering is a seamless fusion of the different styles that are present in their previous releases.

Musically it is most similar to Mutter. It also incorporates the similar flowing melodies that were found on Reise, Reise. And finally it is full of the outright heavy punch and brutality that Sehnsucht offers.

Since their debut Herzeleid, which was released in late 1996, Rammstein have made a huge impact on the North American Metal market unlike any other band from Germany. They have proven with their longevity that they are not a one hit wonder in the Metal community by far.

Rosenrot delivers something that was very unexpected by myself. The album is very raw, and stuck to the basics of Rammstein.

A lot of the songs that are on Rosenrot were supposed to appear on the album Reise, Reise, but at some point in time the band thought that these songs did not really fit the theme of Reise, Reise, so Rammstein re-recorded them and wrote several new tracks thus bringing us 2005 release Rosenrot.

On the melodic side of things you have the tracks “Don’t Die Before I Do”, “Feuer Und Wasser”, “Spring”, “Hilf Mir”, and the closing track “Ein Lied.” Rammstein really show on this album their gift for being able to create simple ear catching melodies. I do not speak or understand German, but I still found this album really catchy.

Not all of the album is in German though, the song “Stirb Nicht vor Mir (Don’t Die Before I Do)” has English lyrics in it and is very melodic. Also, the track titled “Te Quiero Puta!” is sung entirely in Spanish.

The amazing song writing shown on this album, mixed with the amazing musicianship, make this record an all around solid release. Something else I found interesting is that the artwork of Rosenrot was the same artwork on the Japanese release of the album Reise, Reise.

My personal favourite songs on the album are the opening track “Benzin” which is a very simple fast paced heavy/melodic song, a great single, and the track titled “Spring,” which is a very interesting song. It starts out with a very dark sounding intro. It almost makes you hypnotized with its dark enchanting vibe.

In closing, I think this is a really solid effort by the band, and there is a lot of stand out material that wont leave you bored and wont make you take this album out of your CD player any time soon. Rammstein are a solid band, and are titans of the Metal world and keep proving they grow in a better way with each release.  [ END ]