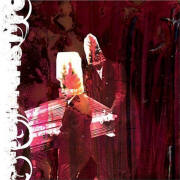 From First To Last

Hey did you know that lead vocalist Sonny Moore is only 17 years old? Well at the time of recording. But Yeah he is, and don’t mess with this kid. Although all the Hot Topic wearing girls swoon over his good looks, the kid does have talent. Whether he had vocal training or not (we really don’t know), he knows how to use his voice, either in the screaming method or singing from the nose/throat. Oh and his back up vocalists help too (Travis Richter and Matt Good).

This is an amazing record. From humorous lyrics and song titles, to songs that take you to different levels, the harmonies and multiple vocals are pleasing to the ear.

It’s hard to classify what this band is, in the record shops you’ll find them under punk, but since the late 2003’s bands like this have surfaced and creating categories like “emo” and “scream” or “metalcore” don’t do it justice. Basically the band puts all of its influences on the sound board (and they vary on all ends of the musical spectrum) and make it their own and it works.

Lyrically, the songs make you think, and you ultimately make the connection to what Sonny is trying to convey. Some say the lyrics are just down right creepy, but hey, he’s probably watched a few good ol’ horror movies in his lifetime so we forgive him… as long as they aren’t played out in real life.

I can only see this band doing great things in the future, with a solid live show, and notable music and lyric writing, ladies and gentlemen….we have a “band” with that new band smell that will linger until the anticipated sophomore follow-up.

The first two tracks are by far my favourite FFTL songs off this record and the hidden track, was like striking gold in a gold mine.