In a music world comprised of constant trends and an over-abundance of capitalistically exploited copycat groups, it can be at times difficult to find good original sounding music. Fortunately however, with the rising influx of new groups trying to make it big, there is also an increasing availability of unique sounding artists. One such innovative band is Fake Reality, a four-piece rock group hailing from Toronto, Canada. Having in the past only released several simple demo tracks; in 2002 they finally dropped their debut self-titled disc. This six track EP is a greatly talented show of work, and is certainly indicative of this band’s skills and potential. Although the band would classify their style as being alternative rock, they do have the ability to play a much wider spectrum of musical genres. In fact, their debut disc is not so much alternative as it is a mix of old-school hardcore and new age rock/metal all topped off with a modern melodic alternative twist. Fake Reality’s sound is sweet and different and if you give it a listen you’ll understand why.

The album begins with a bang as “Blow”, aids the disc in roaring to life. Although boasting a moderately slow tempo, the song is powerful and laden with erratic heaviness. As the verse kicks in, the guitars begin to wail and so too does lead singer Mike Soragnese’s lyrical screams of, “…your addictions will carry on.” Featuring a mid-song female vocalist reciting a passage from William Ernest Henley’s “Invictus”, the song features some interesting elements which help to define Fake Reality’s unique sound. As the song ends it bleeds into “Fix”, a track which in terms of compilation and style is similar to its predecessor. Beginning with a mix of soft vocals and metal-esque screams it gradually transitions into a nice vocally harmonizing chorus.

The third and following song, “Hidden in Lies (Dissolved)” is a perfect demonstration of Fake Reality’s musical aptitude. The track begins with a sick repetitious wandering bass line which is accompanied by an equally catchy guitar riff. After roughly forty five seconds, the song drops into a heavy and highly hypnotic tune, one which is to persist through the remainder of the song. This track is quite possibly the best on the entire EP, and rightfully so, for sounding similar to old-school Life of Agony material, it packs a serious punch. “Spit Fire” is in the fourth spot and although the band noticeably turns the tempo for this tune, it is by no means less fierce than their other work. Although the verse is very simple and tends to focus on Sorganese’s vocal abilities, the chorus brings it all back and pounds like mad.

With just two songs remaining, the second to last, “Better Off”, happens to be another of the band’s best. Playing with elements of vocal harmonization, pauses, and constant changes in speed and pitch, this song sets itself apart from the rest of the pack. It is honestly difficult to discern whether this song is not even better than “Hidden in Lies”. The closing track, ironically titled “Track 1”, is the hardest on the EP and manages to end the album just as aggressively as it began. Although the recording quality might mimic a rough sound not unlike, that of Inside Out’s debut disc “No Spiritual Surrender”, it inadvertently adds character to the band’s sound.

Featuring a bizarre mix of sounds ranging from Life of Agony and CKY, to more modern melodic Alternative Rock, Fake Reality’s musical style is in some ways quasi-eclectic. Their music is certainly something unique and as a result, this sort of hampers one’s ability to classify their particular genre. Nevertheless, in an age when music can at times all sound similar, it is refreshing to have bands which can offer something different. Fake Reality definitely has the potential to become a highly successful band and with the pending release of their second album, hopefully for this group of friendly rockers, this change is soon to occur.  [ END ] 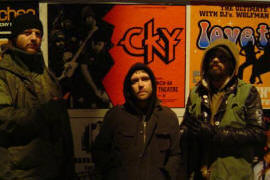 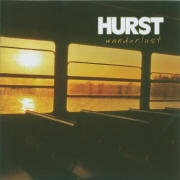