Like the sound of a skateboard’s trucks grinding on a metal rail or the deck’s wood scraping against the concrete, Camp Kill Yourself’s sound has always been raw and uncut. With a unique and unrelenting blend of craggy driving guitar riffs and equally captivating percussion, bass lines, and vocals, Camp Kill Yourself (or CKY for short) is totally addictive. Recently however, with the release of their fourth album, “An Answer Can Be Found”, CKY’s unique sound has undergone a bit of a change. Now generally people can at times associate change with digression or misdirection, but in this case nothing could be further from the truth. Although maintaining the same particular feeling of rugged rock that was present on CKY’s first three releases, the group has now added to their composition a new level of professionalism, tweaking, and overall fine-tuning. The end result is that the songs on CKY’s latest disc are thicker and enriched with more detail than ever before.

Like a baseball bat to a television or a body smacking the concrete ground of a grocery store parking lot (after having been hurtled from a speeding shopping cart), CKY’s music is crazy, fast, and pounding. It’s without a doubt then (other than the familial ties between CKY drummer Jess Margera and Pro-Skateboarder Bam Margera), that the band’s music was sort of adopted as the unofficial soundtrack for extreme shows such as MTV’s Jackass and Viva la Bam. Ironically however, just as intriguing and addictive as the asinine Jackass antics may be, so too is the music of this budding group.

Although CKY have now truly found their creative directionality and niche in the music industry, things were not always this way. Unfortunately for the band (even though their music was always impressive) they were in the past seemingly unfairly categorized together with Jackass’s bad boys of body bruising. To make matters worse, in spite of their excellent debut album, CKY’s second release “CKY Vol. 2” featured very little music and instead, two CDs packed with some 55-odd Jackass-inspired prank calls and mock rock songs. As a result, the group as an individual rock entity was not taken as seriously as they should have been. Nevertheless, as the Jackass phenomenon exploded to unexpected proportions, so too did the amount of interest in CKY’s music. Amazingly, within just one year of the release of “CKY Vol. 2”, the group began preparing material for their third full-length disc.

By now the band had obviously begun to take their potential and abilities more seriously, for upon emerging from the recording studio they had managed to compile a superb follow-up album whose ten tracks were literally all amazing. Having dropped the prank calls and silly jam songs, CKY was now heading for bigger and better things. While touring more and still having their music featured on Jackass-related shows, CKY’s popularity rapidly grew from a backyard cult following to that of a seriously successful band. As the group’s buzz continued to grow unwaveringly for the next couple of years, they eventually headed back to the recording studio to prepare work for their fourth and most recent Island Records project. After some serious studio time, CKY had chosen eleven tracks and eventually finalized “An Answer Can Be Found”. The disc, featuring what is undoubtedly the band’s finest music ever, was released on June 28th, 2005 in record stores everywhere.

Since their first major release in 2001, CKY has truly blossomed into a remarkable rock band. Even though their music has always been good, their latest album is nothing less than stellar. It is in of itself concrete proof that these musicians have evolved and matured, hitting all new heights of musical talent. Furthermore, at this rate of growth and improvement, it is highly unlikely that CKY’s level of international recognition and success would not continue to rise as well. Go out and buy this album; you’ll love it!  [ END ] 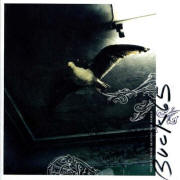 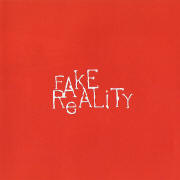