Since we last heard from them, hard rock band Queens of the Stone Age has experienced a lot of changes. Their last album was the brilliant Songs for the Deaf from 2002, easily one of the best albums to come out the last few years. Since the release of Songs for the Deaf, the band has almost completely transformed into a new band with different members, the only constant being lead singer and lead songwriter Josh Homme. Founding member and bassist Nick Oliveri was practically kicked out of the band by Homme and Songs for the Deaf drummer Dave Grohl was too busy to help out on the new record, so Homme recruited all new members for the new album, bringing back only guitarist Troy Van Leuwen. Because of the brilliance of Songs for the Deaf and the departure of Oliveri and Grohl, I didn’t have high expectations for Lullabies To Paralyze. And while it is not as good as Songs for the Deaf, Homme has successfully put together a very decent follow up album.

The album begins with the short one minute intro track “This Lullaby” which after the first listen, you’ll probably never listen to it again. The real start of the album comes at track two with the short but sweet “Medication,” a song reminiscent of Songs for the Deaf opener “You Think I Ain’t Worth a Dollar, But I Feel Like a Millionaire.” This is an awesome track that really sets the tone for the rest of the record. Next comes the slow then super fast song “Everybody Knows That You’re Insane,” another very good cut from the album. The record continues on quite well with the slower but still cool “Tangled up in Plaid” and “Burn the Witch.” Both tracks feature awesome classic Queens of the Stone Age guitar riffs. While Homme’s vocals are quite good on most of the songs on Lullabies, the real strength of Queens has always been their awesome guitar riffs which are very evident on this album.

The first single from the album doesn’t come until track seven, the hard and fast paced “Little Sister.” This is another good song, but could have been better with a little more work as it ends a little preemptively at just less than three minutes long. Even though much of the first half of Lullabies is a great listen, perhaps the best songs come towards the end of the record. The seven minute long “Someone’s in the Wolf” and the six and a half minute “The Blood is Love” feature more awesome riffs that make you want to start air guitaring they are so good. Another stand out track is the distortion ridden “Skin on Skin,” which is perhaps my favorite song off the album. And while the album contains several good songs, I didn’t care for a couple of the songs such as the somewhat boring “I Never Came” and the album closer “Long Slow Goodbye” which pretty much sums up the song quite well.

Overall, Lullabies To Paralyze is an extremely solid album. It contains several good songs with just a couple of fillers. One area in which this album is lacking a bit compared to Songs for the Deaf is the drumming. Homme recruited drummer Joey Castillo to do the drumming on this album and as expected, he is no Dave Grohl. The drumming doesn’t really stand out on any of the songs and I think the album could have been made better with the help of Grohl. Although the drumming is nothing special, the guitar riffs make up for it and for the most part, are what make Lullabies a good album. Even though it’s not as good as Songs for the Deaf, I was surprised by Homme’s ability to produce a solid album largely on his own without the help of Oliveri or Grohl.  [ END ] 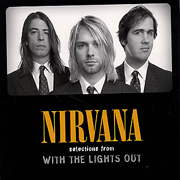 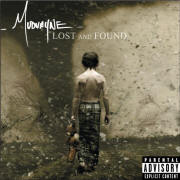