Adema is back with their long-awaited third album entitled “Planets”. Adema broke out into the music scene at roughly the same time as similar-sounding band Linkin Park. Rumors have it that Linkin Park actually aided Adema in getting a start to their career. Despite the fact that Adema might not have amassed as big of a following as their counterpart, they have still developed a considerable fan base. With this release, however it seems as if the fans might be a tad disappointed when comparing it with their older albums. None the less it does boast numerous improvements in talent (most notably the vocal abilities of Mark Chavez, the group’s lead vocalist), and still contains a couple tracks worthy of possession.

The album starts off very well as it begins with the quite catchy track “Shoot the Arrows.” This song will definitely entice one to listen to the remainder of the CD and it clearly demonstrates that the vocals have progressed to a more melodic level, despite keeping the angry Adema sound very much alive – this song is great. “Barricades in Time” follows and is significantly softer for the most part. There is, however, nothing too special about this song. The next track “Tornado” has become the group’s first single off of this album (at least in the UK). However, much like a tornado, the song seems to be all over the place. It does offer a steady rhythm, but is seemingly eclectic as a whole – it also has a disappointingly “poppy” sound.

“Sevenfold,” the next song is better than the previous one, however is still lack-luster. Just when you get into the song, it gets boring again. The album’s title-track “Planets” is next and is a direct reflection of the entire CD. It has a spacey quality to it which is kind of cool, but over-all is slow, unimpressive, and is only sporadically good. “Enter the Cage” is a decent tune, however sounds as if they pieced together parts of songs from bands such as A Perfect Circle, and Cold in order to come up with an original tune. Next is “Remember,” a song which sounds like it was not even recorded professionally. The tune is okay, but the vocal harmonics are just off at some points.

“Chel,” a song which sadly during the chorus sounds like a rip-off of Fear Factory’s “Full Metal Contact.” Even with this in mind, the song starts off phenomenally but goes into an awful and totally unsuitable verse – no idea what they were thinking. “Until Now” is another example of a song which starts off well, but soon after falls into a rut – overall it is mediocre. “Rise Above” shows the band’s ability to play softer tunes; unfortunately the song sounds nothing like the rest of the album and just doesn’t fit in. The rest of the album (the remaining four tracks) simply sound like all of the others. Nothing really stands out and needs to be mentioned.

Overall “Planets” is a disappointment. The group has definitely not managed to produce work as good as that of their previous records, in fact this album seems more of a regression. At times it feels like one is listening to a bad recording by Serial Joe. The album lacks energy and at times it seems as if the group just does not care. Most likely, this will be the least successful of their productions so far – not because of any lack of talent however, just due to a lack of effort and creativity. Rest assured that our writers hate giving any type of negative review, and that it will only be done if merited. Adema is a fantastic group but they definitely could have done better.  [ END ] 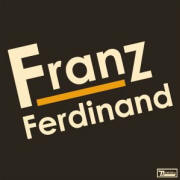 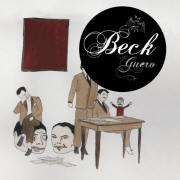